In terms of urban planning, the project is a continuation of the terraced single-family housing estate – PR01, which had been designed a few years earlier. As in the first stage, the main objective was to find an economic alternative for a typical apartment in a multiple dwelling by reducing the surface area of the house and the plot of land, as well as to rationalise the structure. 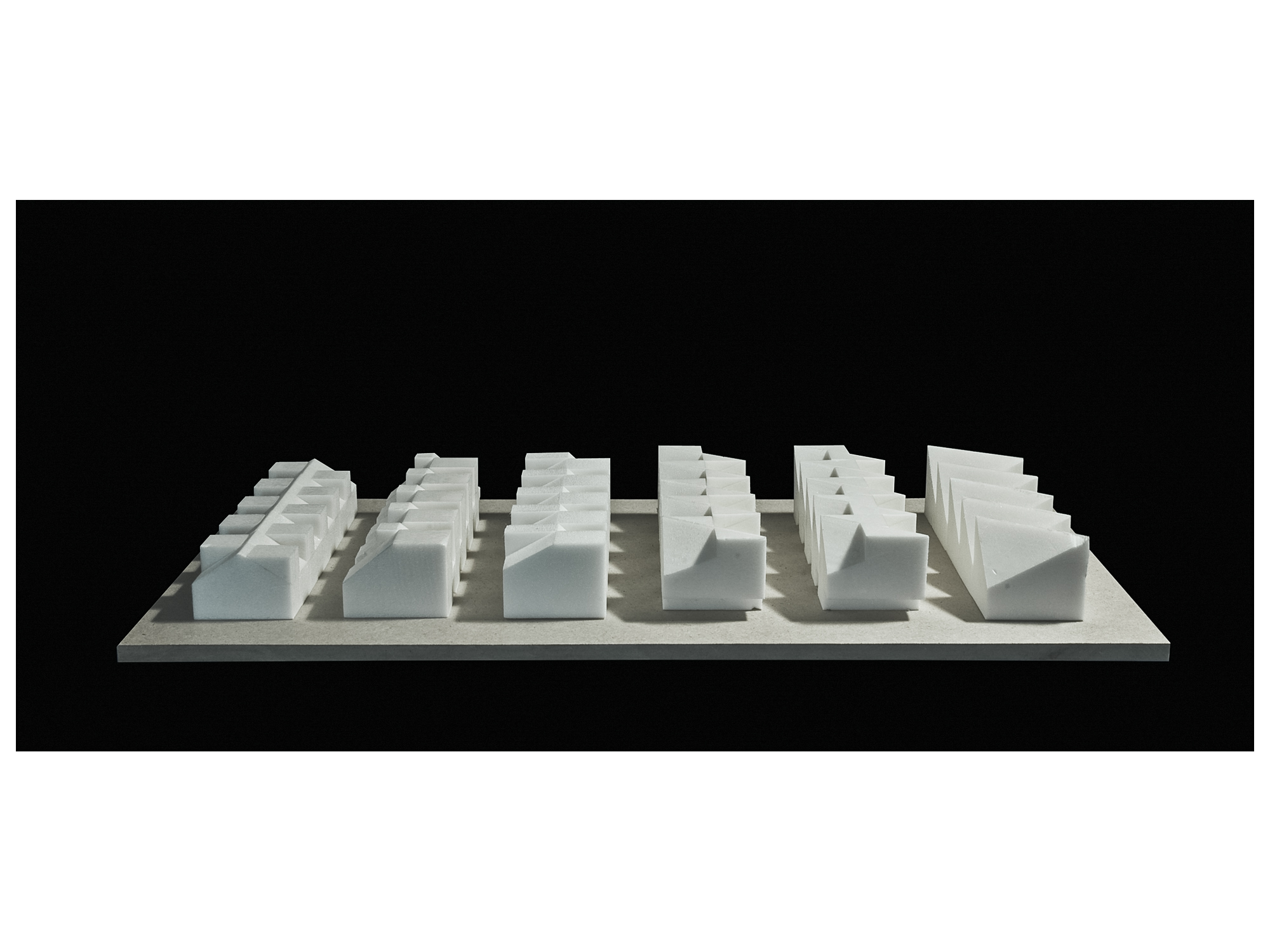 The rows of terraced houses were located optimally in terms of sunlight, while striving to take advantage of a bit of accidental geometry of the investment area. The public space, which was created in this way, was zoned by elements of landscape architecture between the street and the relevant house.

What both designs have in common is the determining nature of selection of the whole finishing materials: red clinker brick on façades, green sheet metal on roofs and wooden supplementary components. Both stages differ in, above all, the geometry of the roofs and spatial organisation of the interior.

The distinctive PR02 roofs’ geometry is an attempt of modern interpretation of typical roofs in this type of construction, the roof ridge of which is set in parallel or perpendicularly to the public road. The proposed alternative solution, in which the roof ridge of the roof is set at an angle to the street, allowed for, among others, additional lighting of the roof level, making it a valuable fragment of the entire house interior.

The inside of the house is centred around the two-floor part of the living room, in which there is a dining table. Thanks to this operation, the unity of architectural components integrating the family life around common meals was achieved.