The H2 project constitutes an attempt to take a position to the development of a single-family houses estate, usually deprived of any character; many of such settlements were built in the post-war period in Poland.

The building was organized on the axis which runs parallel to the longer border of the plot, which runs in the direction of north-east and south-west. The body of the building, the arrangements of the rooms and the composition of the facade are subordinated to this formal design axis. The basic form of the building was divided into three functional areas, which were formally articulated in various manners. 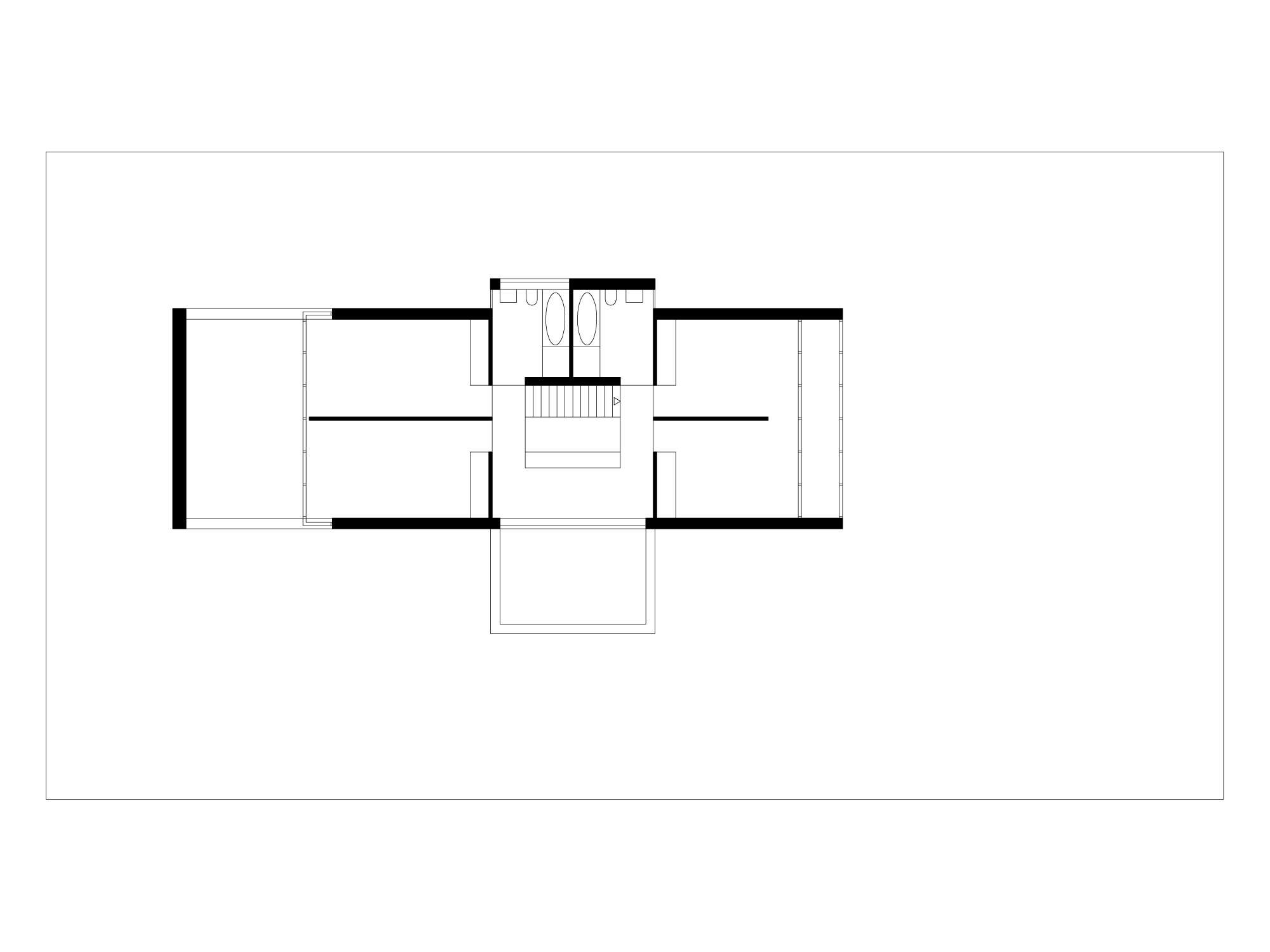 The main area of the building, which includes the habitable part with a living room on the ground floor, and private rooms on the first floor, was designed within the basic body. The part with connecting rooms including the hall with vertical communication, the kitchen and the study on the ground floor and bathrooms on the first floor, comes out from the basic body towards the access to the plot. The utility section of the ground floor was inserted under the main body of the cuboid, which is cut out in this place, and separated from the habitable section of the ground floor by introducing a horizontal row of windows. The individual elements of the body composition were formally separated from one another by introducing spaces which divide these elements (glazing) and the use of different materials.

The entrance to the building was located on the extension of the ramp leading to the access to the plot in the direction of the building, in the space between the utility part and the line of the rooms including the study, hall and the kitchen. The central part of the building including the vertical communication was designed as a two-floor space illuminated from above. This space was linked in the vertical direction with a massive wall which separates the auxiliary rooms from the purely habitable part. Along this part, light stairway was located (a steel and wood structure).

The first floor includes four individual rooms of the same size yet with different relations to the external space of the building. The rooms located in the north-east part have an exit to a vast walled-off terrace opening towards the access to the plot. The rooms in the south-west part have this contact through the wall with three windows with a vertical format. By opening these windows fully, we have a walled-off balcony in these rooms. The gables of the main body of the building were fully opened and filled with glazing in wooden frames. These windows have the height of the storey, without any additional divisions. The side walls include low vertical openings in the direction of the main axis of the building, which serve to emphasize the main composition idea.

The main “window” of the opening of the terrace on the first floor is located towards the access to the plot and parallel to the ramp which leads to the entrance door.