Papieski Square is an undeveloped, well-connected piece of land covering approx. 5 hectares, which is part of a housing development extending along ul. Władysława IV. The development for the most part consists of multiple-occupancy residential buildings. Directly in the square, there is the Church of the Holy Spirit, identifying the area. Between the surrounding buildings, a lack of  clearly defined public spaces can be observed, along with spatial disorganisation and a lack of developed green areas. 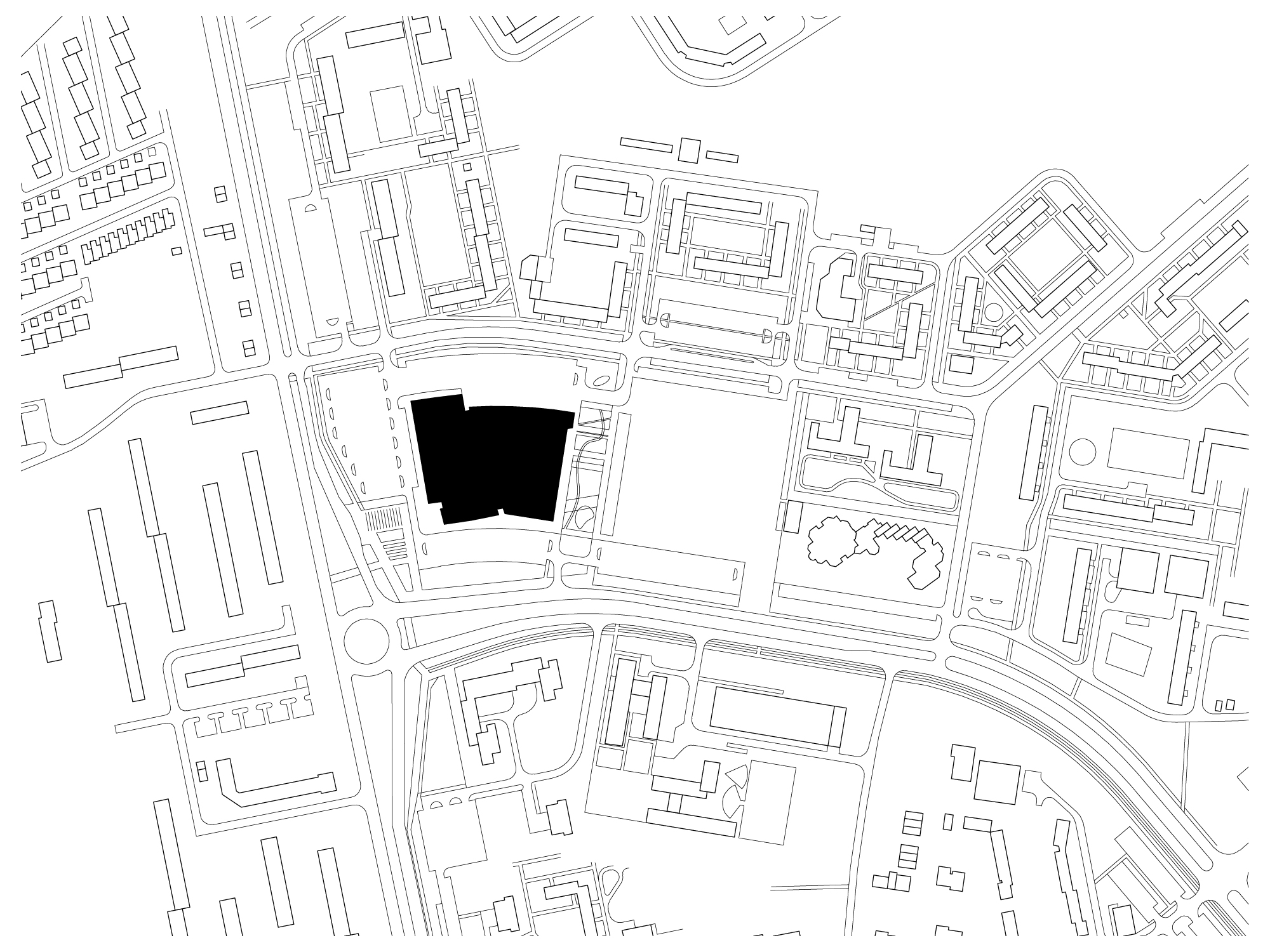 With its compact arrangement and the scale of the adopted solution, the chaotic development of this part of the city will become arranged and organized.

On the ground floor, there is a commercial space divided into different sized shop units located along the internal trade routes. The northern part of this floor is occupied by the space designated for handling deliveries and technical rooms. The functional structure of the storey is more complex. On this floor, as well as retail units, a recreational area is to be found, consisting of a bowling alley, a fitness centre, a children?s playground and various dining options. The recreational area has an additional separate entrance located on the side of the park. Both floors are connected by a two-storey hall (centre), with a glass top, around which most of the attractions will focus. In the hall escalators are located, forming the main mode of vertical transport. 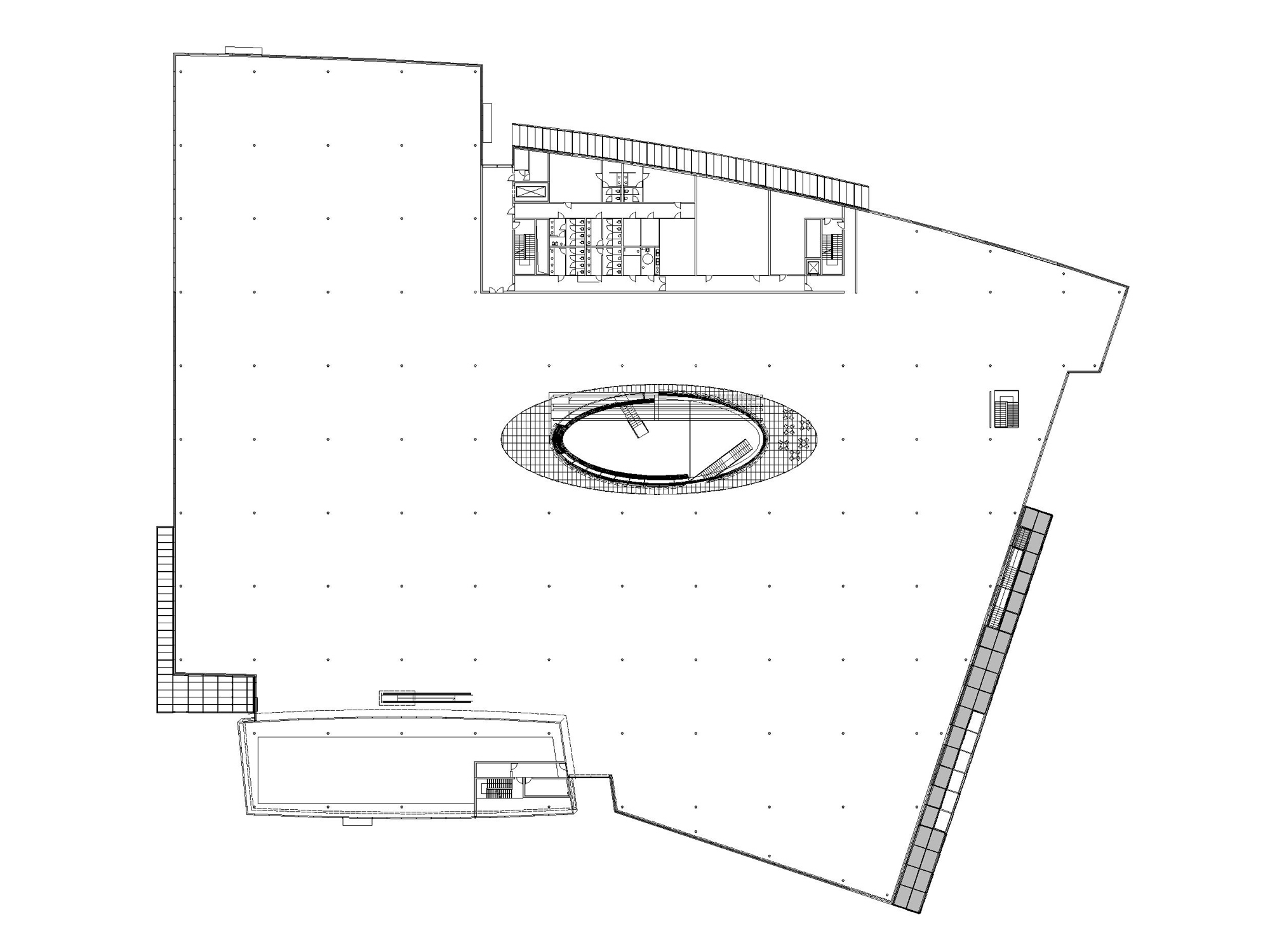 The centre building is designed essentially as a two-storey building on the design module 10/10m using reinforced concrete pillar-slab technology.

The Investor resisted the idea of the uniform design of shop windows, opting instead for diversity, which he believes contributes to the attractiveness of the centre. What was left in the hands of chief designer is the concept at the very centre of the building, of a glazed, two-storey “atrium”.

On 20 June 2002 Galeria Emka took on a life of its own no longer influenced by designers but rather by the marketing department. Its destiny lies in their hands.